An Update on the Shaede Assassin Series

Are you staying warm? Hiding from the snow? In my neck of the woods, we usually have four feet of snow by now with blizzards every other day. This is the first time ever (and I've lived here my entire life) that Idaho doesn't have any snow. The teen is lamenting the lack of powder at the ski hills but I'm not crying about the fact that I don't have to shovel. For those of you buried under feet of snow right now, I feel your pain! I'm crossing my fingers that we all have a warm spring with plenty of sunshine!

I should have put out this update months ago, but my schedule has been so hectic that even finding time to send out a newsletter or update my website has been tough. At the end of AGAINST THE DAWN, I promised you all a Xander novella. Obviously, that novella is LONG overdue. I'd planned to have it out in November but with back-to-back deadlines on other projects and a college-bound soccer player, I haven't had the time that I hoped I would to crank out the novella. That's not to say that I'm not going to publish one. I'm still working on Xander's story. But it won't be coming out before Shaede Assassin #5. Most likely, it'll be out in the world sometime in Nov/Dec 2015. I'm currently about half-way through the next Shaede Assassin book which is still untitled. I'll be taking to my Facebook page soon to ask all of you to help me narrow down a title. And cover art is in the works, too! The amazing Nathalia Suellen, who did the art for AGAINST THE DAWN is going to be doing the cover for book 5. I'm so excited to see what she comes up with! Her art is fabulous and always top-notch! I'm hoping to do a cover reveal in April so stay tuned! When will Shaede Assassin #5 be available? I'm hoping to release it at the end of May/beginning of June. I'm writing as fast as I can, throwing down words in between content edits/copy edits/new words on my current contracted projects. Like I said, I have a kid headed to college in the fall. I've gotta do whatever I can to pay that college tuition! ;-)

That said, the comments on Facebook, your emails, and private messages have been so amazing and patient despite the fact that I've been so behind! The fact that you've stuck with the series throughout the highs and lows, ups and downs, just proves that I have the most fantastic readers in the world! I love you all to death. *tackle hugs EVERYONE*

Again, thanks so much for your patience while I write. The hubs likes to joke that it's been so long since I've left the house that I don't even know what outside looks like anymore and he's not too far off. I swear, if I could get grocery delivery out here in the boonies, I'd never leave!
Posted by Amanda Bonilla at 11:23 AM

i was wondering is the free novellas/books could not be available at another place because for international it's not free on amazon
thanks!

If you email me at authoramanda (at)gmail (dot) com, I'll send you either mobi or epub files of the freebies! :)

Amanda Bonilla
I am the author of the Shaede Assassin urban fantasy romance series published by NAL/Signet Eclipse. I'm represented by Natanya Wheeler of the Nancy Yost Literary Agency. I'm the wife of a fire chief, the mother of a college student and a middle school student, the caretaker of too many pets to list, an avid reader and a music junkie! 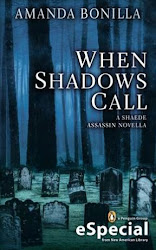 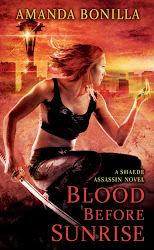 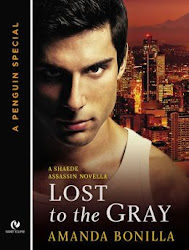 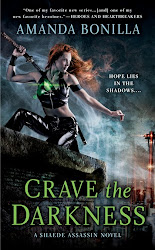 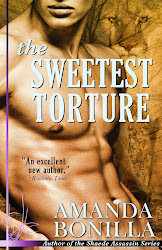